A Ministry of Heartfelt Service 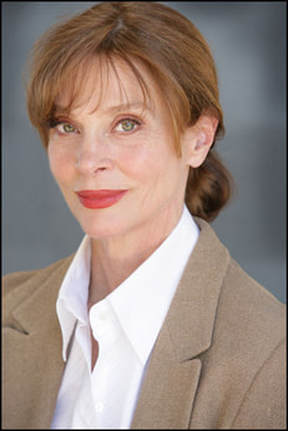 ​An Emmy Award-Winning Actress and Ordained Minister, Leigh Taylor-Young Morton serves as Vice President of John Morton Ministries.  In recent years, Leigh has traveled the world with her husband, John Morton, together presenting seminars, workshops and heartfelt service to assist others in awakening spiritually, and for creating a better world. Continuing to work closely inwardly with John-Roger, her Spiritual Teacher and the Founder of the Movement of Spiritual Inner Awareness, Leigh has a unique ability to help others see the goodness within themselves and touch into their own divine co-creatorship. She currently serves as the MSIA Ambassador, traveling the world with John Morton and serving as a messenger of John-Roger's work and Soul Transcendence.

From her great passion for acting as well as ever-expanding devotion to spiritual awareness, Leigh combines her life-long enthusiasm for creativity and self-expression through the many aspects of her loving ministry.  In 2011, she received the award for Minister of the Year from the Movement of Spiritual Inner Awareness.

Leigh has served as Special Advisor in Arts & Media for the United Nations Environment Programme (UNEP) as well as the Keynote Speaker for UNEP’s 20th Anniversary. In1995, Leigh served as Goodwill Ambassador from the U.N. for ICEBRIDGE: First Arctic Environmental Forum. As a spokesperson for both corporations and charitable organizations, Leigh has represented the Institute for Individual and World Peace, Ted Turner's Better World Society, MCI Corporation, Hands Across America, and the American Cancer Society. She has hosted a Muscular Dystrophy Telethon and has been an Advisory Board member for for Heartfelt Foundation and the EduCare Foundation, a youth leadership training program.
​
Leigh’s devotion to spiritual learning and growth inspired her to serve as the voice for the “Search for Serenity” series of audio meditations for “A Course in Miracles.” Leigh also wrote, produced and narrated the “Spirit of Peace” Meditation first presented live at the United Nations and then released as a CD along with John Morton’s Meditation “Gathering of Peacemakers.”  In 1989, Leigh wrote Healing the Planet, sharing her vision for peace on the planet. Further information about Windermere, a Place of Peace, can be found at www.IIWP.com.

Having an extensive interest in the interrelationship of body, mind and spiritual healing, Leigh’s ministry includes serving others by educating and supporting health, fitness and alternative forms of healing and consciousness-raising experiences.

Leigh has one son, Patrick O'Neal, a sportscaster for Fox Broadcasting in Los Angeles, California. She has two beautiful granddaughters, Sophia and Veronica.  She and John Morton married on January 1, 2013, and they live in Westlake Village, California.

To learn more about Leigh, please visit her website and current events at www.LTY.com.
Enjoy As the Spirit Moves You: An Interview with LTY.